Mandulat, a vintage dessert of our grandmothers 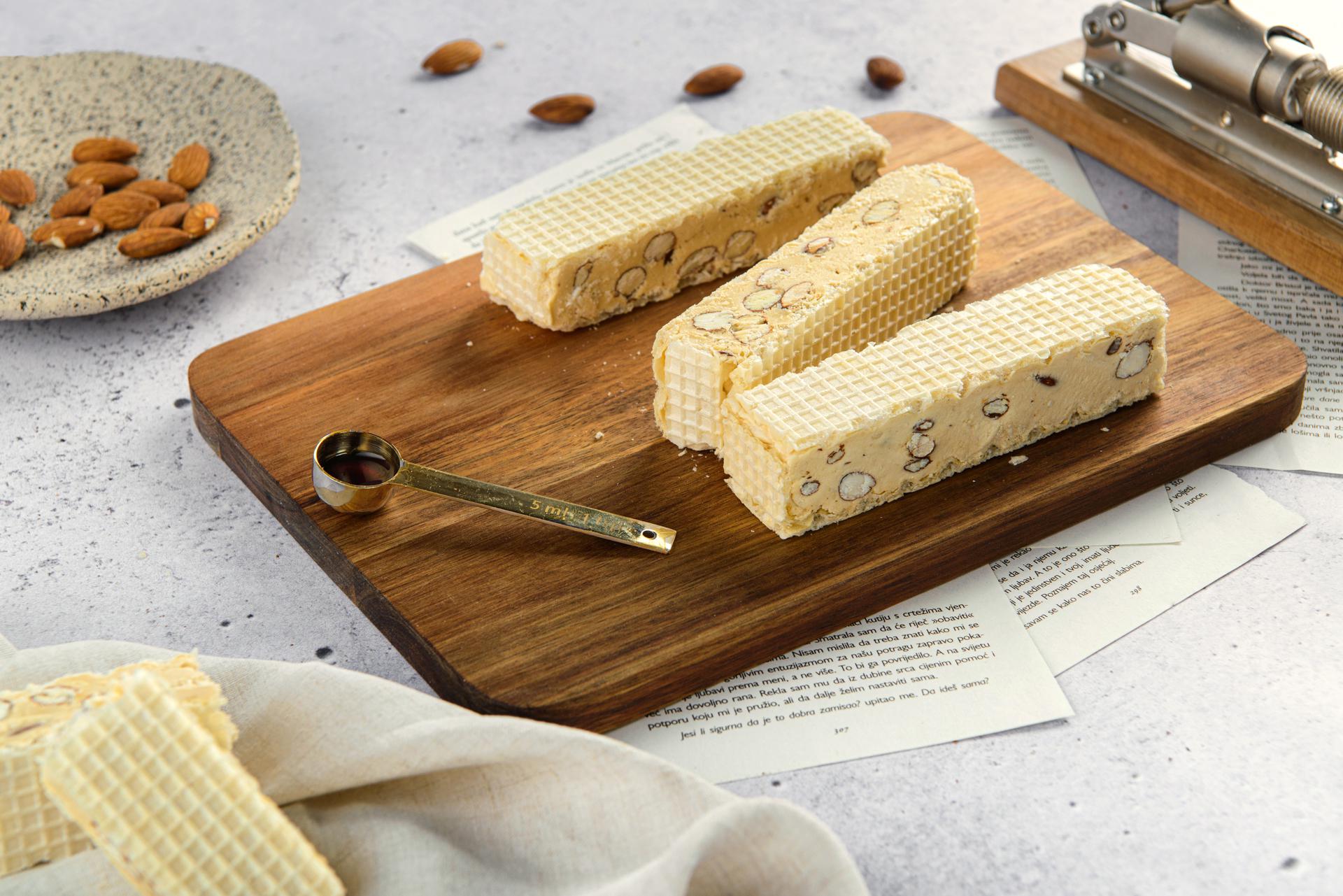 Today we will pay special attention to this vintage dessert because it seems to us that it is a bit forgotten but it's so delicious... What is a mandulat? Mandulat is a traditional Dalmatian dessert made from honey, egg whites and almonds. Italians also have their own version, "torrone", however they use pistachios in combination with almonds. We still think our mandulat is much tastier. It is a cake that has been made in Dalmatia since Roman times, and even then it was attributed medicinal properties due to its ingredients from naturally healthy foods. As in Italy, where he comes from, he was originally prepared for Christmas.

Over time, it became an increasingly popular ingredient in the Christmas table, so the preparation of mandulat has become an integral part of pre-holiday and holiday gastronomic customs, primarily in Dalmatia, but also in other parts of our country. In Dalmatia, in addition to the name mandulat, mandolate is also common. An ideal dessert for all those who want to enjoy something sweet and healthy. And that aroma.... It smells divine, its texture is superb - a combination of smooth cream, coarsely sliced ​​almonds and crunchy wafer under the teeth. In Dalmatia you can buy it in big stores and pastry shops and you can make it at home, believe me you will not regret it. We mostly associate it with the holidays and Christmas, but it is welcome on our menu at any time of the year. Here's how you can make it yourself:

5. Combine the ingredients. Add vanilla extract, warm toasted almonds to the mixture of sugar, honey and egg whites and mix everything well.

6. Pour the mixture. Pour the almond on the previously prepared wafer. Spread the mixture evenly over the entire surface. Add another wafer, fold in baking paper and lightly press with your fingers.

7. Allow to cool. Place a second baking sheet or wooden board on the almond so that the top wafer is lightly pressed against the mixture. Leave for a couple of hours or overnight to cool and squeeze.

8. Slice the almonds. Cut the almond into sticks with a sharp knife that you have previously warmed slightly on the fire.