Korlat is a small village in Zadar County. The name itself comes from the historic town of Croatian princes Korlatović. Ten years ago, this place was just a vast, rocky terrain near Benkovac, as there are many places like that in Dalmatia, and especially in the Dalmatian hinterland, wherever you turn. No one could have ever dreamed that this rocky place would produce wines that even the best wine connoisseurs would admire in Verona, London, Paris... No one except the visionaries from Badel 1862. This is a story about Korlat, about wine from the stone, about real perfection of taste on your palate!

Korlat is, without exaggeration, a real miracle! Ten years ago, the term Korlat did not exist on wine and vineyard maps of Croatia, and today it is written in golden letters on wine maps of Europe and the world. The vineyard itself was created in extreme conditions. Preparation of the terrain for a large vineyard on the rocky area around Benkovac began in 2004. The specific characteristics of these wines are a reflection of the strong sun and strong winds and the rocky sparse soil of the Benkovac-Stankovac vineyards.

Badel 1862, a large domestic producer of wine and strong alcoholic beverages, has had its own winery in Benkovac for 55 years. The planting of vineyards in Korlat began to be considered in 2003 because it was estimated that this location is ideal for growing high quality varieties, especially those internationally recognized and most widespread such as merlot, cabernet sauvignon and syrah. At that time there was nothing there but stone and thorns. The vineyard is planted on an impressive 100 hectares, its highest point is about 300 meters above sea level and the whole is facing the sea. Total of 550,000 vine cuttings were planted. All of this was preceded by thorough research.

Experts from the Zagreb Faculty of Agriculture prepared a detailed study of Korlat for Badel 1862. They investigated the type, depth and quality of the soil at the Korlat location, and examined in detail whether and how successfully the wine could develop in the ground under the stone slabs. The stone has not been completely removed from the surface of the vineyard. Crushed stone rocks still cover the surface layer of the soil and play a very important role in the vineyard. It serves there to preserve moisture in the ground itself in the dry, summer months, and the reflection of the sun's rays on such a stone surface creates ideal microclimatic conditions for the best possible ripening of grapes. 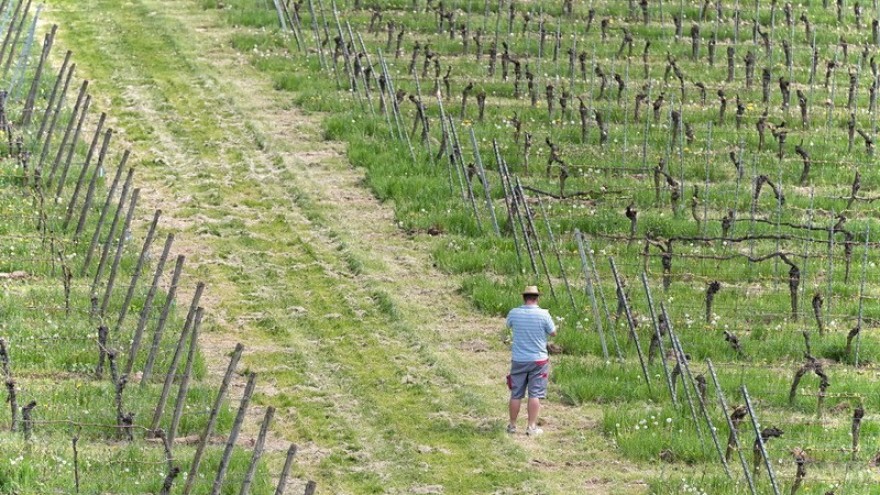 This large project is also a pioneering endeavor in the world, and Badel's project, often called "wine from stone", is certainly one of the most ambitious ventures in Croatian viticulture. First commercial harvest on Korlat was in 2007. From 2007 until today, wines from Korlat have won 33 prestigious awards at international wine evaluations. The design of Korlat wine bottles is so well thought out that it has received the prestigious world design award "Red Dot". With accentuated elements of modern and different, the peculiarity of this label lies in the fact that it is printed directly on the bottle with special printing techniques, which with its shape ideally completes the strength and character of these wines.

In addition to wine production, they are also engaged in the production of brandy and liqueur.

Come to Benkovac and try some top quality wines!