Skradin; a hidden gem on the Krka riverside 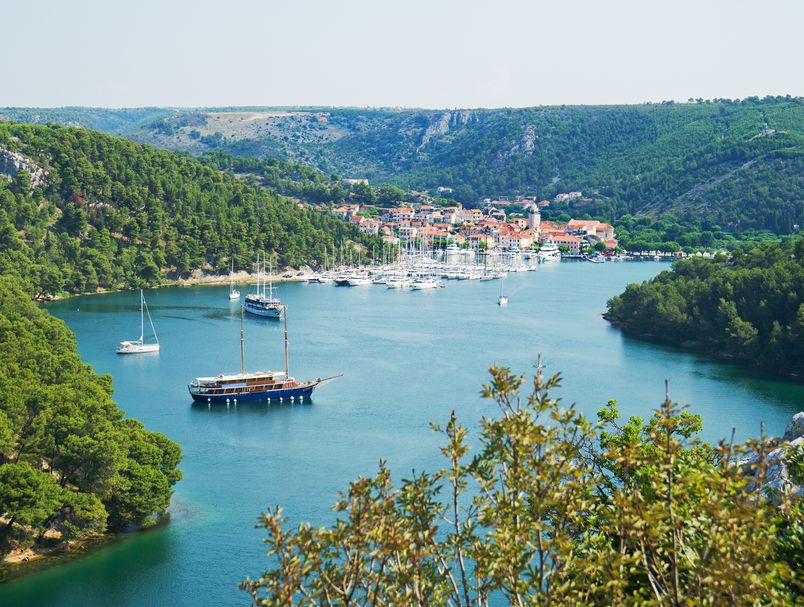 Skradin is a picturesque place located on the doorstep of the Krka National Park. This magical town is the place where river flows into the Adriatic Sea. It is the oldest Croatian settlement with the status of a "town". Its large hydroelectric power plant was the first in Europe, built in 1895, at the same time as the famous power plant in Niagara. Beautiful nature that surrounds it and World Heritage sites such as Zadar, Šibenik, Trogir and Split, which are located near Skradin, make it an ideal place for vacation.

One of the oldest Croatian cities, which dates back to Illyrian times, got its name when the area was ruled by the Romans. Scardona than was a municipality, a port and stronghold of the Roman army and an extremely important trading center. After the city was destroyed and devastated during the migration of the people, it was rebuilt by the Croats and given the name Skradin. As early as the 6th century, Skradin became a bishop's place, and at the end of the 13th century it became one of the residences of the Bribir princes Šubić, during whose reign it received its city statute, and became the capital of Croatia and Bosnia. Due to its favorable geostrategic position, fertile land and abundance of drinking water, throughout history, the city was destroyed by the Avars, Turks and Venetians. This rich history of the Skradin area is reflected in its valuable cultural and historical heritage, present at almost every step. 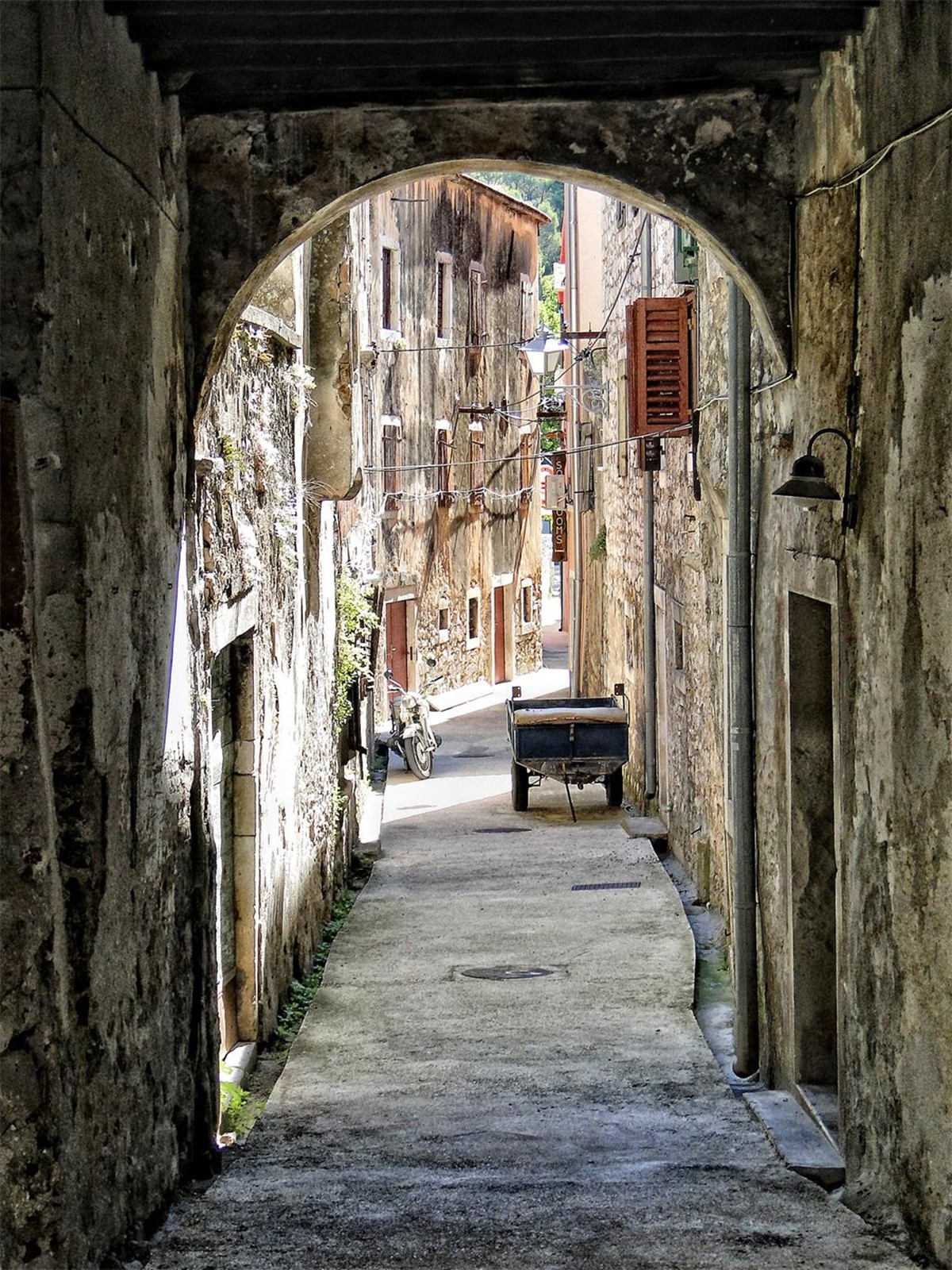 The town of Skradin is a typical romantic Mediterranean town characterized by elements of medieval architecture suitable for Dalmatian urban units, with paved narrow streets, passages and vaults. The entire city center is protected cultural monument, with houses that have colorful facades built in the 18th and 19th centuries under the influence of the Venetian style.

What certainly makes Skradin recognizable are the Church of the Nativity of the Blessed Virgin Mary and its nearby bell tower, as well as the towers of the Church of St. Spiridona. Near the town there is the archeological site Bribirska glavica, popularly known as 'Croatian Troy', due to the excellent combination of nature and ancient buildings.

Beautiful harbour near the National Park

ACI marina Skradin is located in a bay northwest of the pier in Skradin, near the Krka National Park. Due to the fresh water in the marina pool, boaters, and especially owners of wooden boats, are happy to leave their boats here for the winter. The marina with the city center of Skradin forms a unique whole. Pleasant atmosphere and rich offer are the main reasons for choosing this transit destination for many boaters, who at the end of the day are happy to enjoy the top gastronomic offer and quality Dalmatian wines. The marina is open all year round and has 180 berths in the sea, equipped with water and electricity connections. 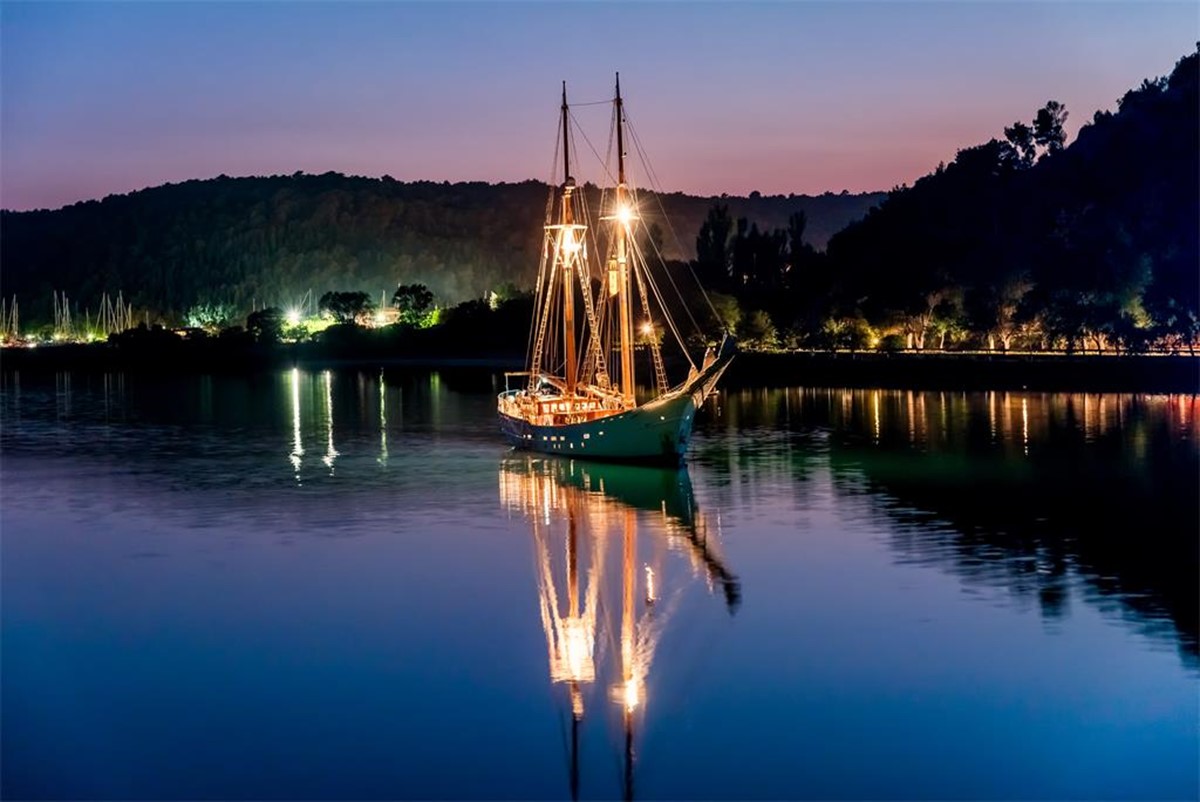 The gastronomy of Skradin would not be complete without čokalice (small fish similar to ravens), cuttlefish, Skradin eels (bijotas), shellfish and oysters. The specificity of the seductive flavors of these foods is due to Prukljansko Lake, which is tripartite: at the bottom is the sea, in the middle of the brackish water, and at the top flows the river Krka. And indeed, how much this mix affects the food, can best be recognized when you taste Skradin eels that are compact and harder meat, have no excess fat, and prepared on the grill you can not stop eating.

An unavoidable sweet delicacy that has been made in this area for centuries is certainly  Skradin cake - a delicacy made of almonds, walnuts and honey, which is served as a sign of welcome, with a glass of rose liqueur.

Skradin risotto - carefully cooked for eight, nine, sometimes eleven hours. It is occasionally topped with a stock of boiled rooster, beef and beef. Finally, a little prosciutto is added to enrich the aroma. The usual spices used are salt, pepper and nutmeg, and the other spices are the chef's secret. According to tradition, Skradin risotto is prepared only by men.

Explore our beautiful country and feel free to contact us any time,