Vrana lake; the only large swamp in the Mediterranean part of Croatia

Welcome to the Vrana Lake Nature Park, located in the heart of Dalmatia, between the historic towns of Zadar and Šibenik, near Biograd, Pakoštane and Vrana, on the shores of Vrana Lake, just kilometer or two from the Adriatic Sea. Because of its rare natural habitats, fresh water springs and biodiversity, Vrana Lake and its surroundings have been declared a Nature Park on July 21st, 1999. The Park limits are between Pirovac and Pakoštane. It stretches across 57 km², 30,02km² of that being the lake area itself, which stretches in direction north-west to the south-east, parallel with the sea coast, from which it is, in some places, less than a kilometre apart.

The dominant feature of the Park is the Special Ornithological Reserve, which due to its preservation of reed in the NW part of the lake as a rare wetland system, great biodiversity, outstanding scientific and ecological value in 1983 received this status and was included in the list of important ornithological areas in Europe ( Important Bird Areas in Europe). 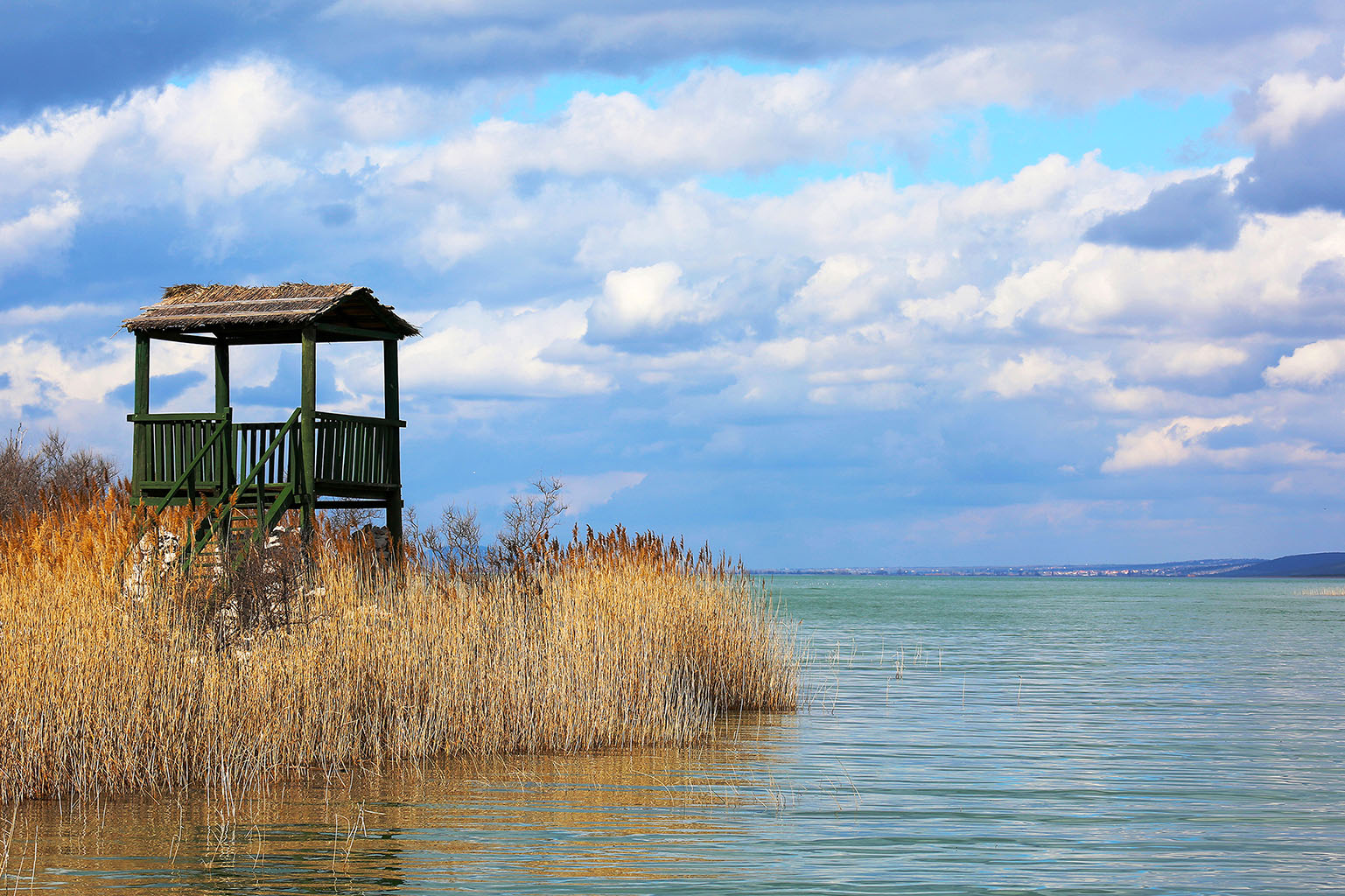 It is an unusual compromise and an extraordinary combination of land and water that provides refuge to the most diverse plants and animals, offering them everything they need most for life. Overgrown with grass, rushes, sedges and reeds, it resembles a lawn interspersed with shallow ponds, covered with perennial flowers with gorgeous colors and many butterflies, dragonflies and other various insects, which favors the life of birds throughout the year. In the reeds of the Nature Park, bird lovers can have an unforgettable experience watching from their hiding place the life of birds, their nesting and care for young. Vrana Lake is a "hot spot", ie an area with a great diversity of ornithofauna, and so far 256 species of birds have been recorded, of which 102 species nest in the Park area. Among nesting birds, there are four endangered species at European level and seven endangered species at national level. For some of these birds, Vrana Lake Nature Park is the only nesting place in the Mediterranean part of Croatia. The Park area is also a very important resting and feeding ground for a whole range of European endangered species. More than 100,000 waterfowl come to winter regularly.

Satisfying 6 of the 9 criteria of this oldest international agreement concluded exclusively for the protection of ecosystems, as of February 2nd 2013, the Vrana Lake Nature Park is on the list of world important wetlands. It is of great importance for many endangered and rare bird species in Europe. Representing the center of biological diversity of the wider area of ​​the region, this, along with the Neretva Delta, the largest wetland area on the east coast of the Adriatic Sea.

The climate in this area is typically Mediterranean. Water sources, pine forests and the camp "Crkvine" in the Park provide protection and refreshment on every occasion. In addition to bird watchers, sport fishermen will also find their quality rest and relaxation, and they can hunt on the lake and its shores almost all year round. Cyclists and hiking enthusiasts will have an indescribable experience on our 40 km long bike path around the lake. The trail passes through lookouts and spaces that take on a magnificent mix of colors with irresistible aromatic scents of wild plants and a particularly enticing scent of medicinal sage. Part of the trail gives you refuge in the freshness of a pine forest right by the lake. In ancient times, called "Clear Mud", today known as Vrana Lake, this area abounds in cultural and historical sites dating back to two thousand years BC.

There are two towers sharing the name Osridak in this location, which is not a common occurrence. Archaeologists believe that the whole plateau was well organized to provide guards and the army with everything they needed for a longer period of time. Recent archaeological research confirms that this location was very important at the end of the middle Ages. The discovered remains of old fortification, which consisted of several rooms built in several stages, confirms the specific location used for the control of access and personnel and goods. In addition, the weapons found suggest that this was a well-armed military garrison.

Jusuf Mašković han (17th century)
Mašković han is the most western monument of civilian Islamic architecture in Europe, taking the first place in the degree of preservation and architectural qualities among the few monuments from the time of Turkish domination. Construction began in 1644, ordered and funded by Jusuf Mašković ,a high dignitary at the sultan’s palace and admiral of the Turkish fleet.
Khan was supposed to be a personal villa or residence of Mašković, upon his return from Constantinople to homeland. Khan was designed as a luxurious and modern monumental building which has all the necessary comfort, including a Turkish bath – hamam. Khan is located in Vrana, on a slope just fifty meters south of the medieval old town. After more than 370 years, han was finally finished in 2015 when it was completely renovated. 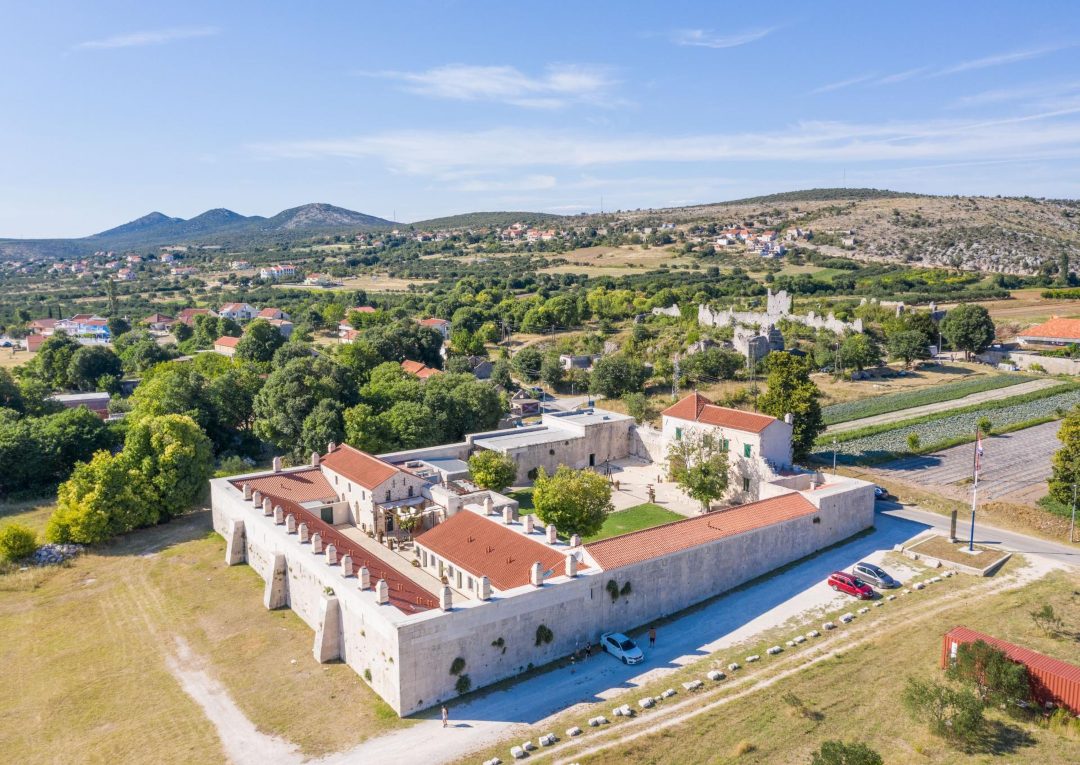 Peninsula Babin škoj (3000 BC – 16th century)
Babin škoj is a great historical site, first findings date back as early as 2000 years BC.
This part of the Adriatic coast was inhabited by the Liburnians at the time, the Illyrian tribe that built a very strong defensive system on peninsula Babin škoj which used to be an island, taking advantage of the very nature of the island – open but naturally isolated place. Graves, burial mounds, or tumulus can be found on top of Babin škoj, where most prominent members of the community were buried, covered with stone plates and rocks. Various objects, which the deceased owned during his lifetime, were placed next to him in the grave, such as weapons, clothing, clay pots with food and various ornamental objects, so Babin škoj is a valuable archaeological site.

Two-level watchtower, preserved in about 70% of the original state, is a witness to turbulent history between Turkish and Venetian Dalmatia. Border guard towers are fortifications built for effective protection of territory and its inhabitants from military invasions. The towers, built in the 16th century, represent very important strategic facilities, and they are located along the border on an elevated and safe place from where guards could freely observe surroundings.  Watchtowers also served as custom houses for goods exchange and mail, where officials worked on documentation for import and export of goods, also collecting custom duties on imported goods. They regulated trade while making sure goods and livestock brought from the east was not infected by deadly diseases that were very common at the time, like plague for example.

Old town Vrana – Benedictine monastery (9th-16th century)
Old town of Vrana has long guarded the symbols of authority, insignia of the Croatian kingdom, which is why the coronation of the Croatian – Hungarian King Koloman was held in Biograd, a nearby royal residence. Built in the 9th century as a Benedictine monastery dedicated to St. Bishop Gregory, the old town of Vrana controls grand land holdings and a rich treasury containing a silver casket with the holy relics of St. Gregory, crosses, chalices and two gold crowns decorated with precious stones.
The glorious past of the former center of ecclesial, political and military power is today overgrown with brambles, still waiting for its numerous rulers’ secrets to be revealed through archaeological research.

Traditional field shelter – beehive hut (20th century)
Stone houses cannot be found everywhere, they are in some unusual, yet undetermined regularity, scattered on the Adriatic landscape. Beehive huts served farmers as shelters in the field from sudden bad weather, very important at the time when medical care was not developed nor easily accessible.
Stone houses have many different names (kažuni, komarde, čemeri, pudarice, poljarice, trimi, torete…), but they all have the unique structural solution of corbel arch and were built entirely of stone (without any mortar) and without the wooden roof structure, which makes them a valuable part of cultural heritage.

Modrave olive groves
Modrave, area between the Vransko Lake and the sea, was firstly cleared for the grape vine planting. Farmers from Murter and Betina in less than 50 years cleared and settled the karst, planted about 180 000 olives and formed this gorgeous olive grove on the area of 12 km², which produced 60 tons of precious oil per year. In 1956 strong winter caused the freezing of over 90% of olives, causing the gradual abandonment of Modrave. Although a large number of olive groves are still abandoned and overgrown, through workshops on olive tree pruning and dry stone reconstruction, owners are encouraged to olives groves renewal.

Viewpoint at Majdan hill
The Majdan hill overlooks the whole ornithological reserve. Only 20 meters from the bicycle trail you can find a peaceful rest area and bird hide.