It's again that wonderful time of the year- The Carnival! 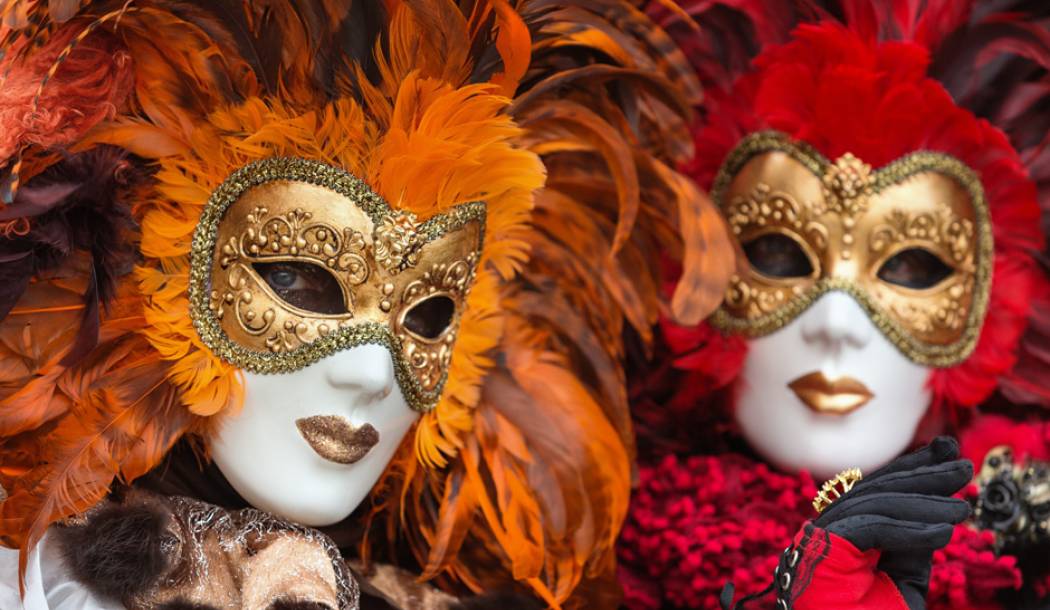 Carnival is a name of the period after the New Year, until Holy Wednesday or Ash Wednesday. At that time, everyone has the opportunity to become someone else, something else - a warrior, a princess, a bee, a strawberry, a washing machine, a spaceship! In whatever part of Croatia you find yourself during the carnival time, you will meet masked individuals who show their masks on that day and "sacrifice" the main culprit for all the problems of the past year. This festival is known for being a time of great indulgence before Lent (which is a time stressing the opposite), with drinking, overeating, and various other activities of indulgence being performed. For example, pancakes, donuts, and other desserts were prepared and eaten for a final time.

The last "festivity" before Lent has its roots in the ninth century, when it was proclaimed to fast on Sunday and Tuesday before Ash Wednesday, and on Sunday, except for fasting, not to eat meat. Accordingly, the name "mesopust" was used, which is a literal translation of the Latin term Carne Vale or "goodbye meat". The resemblance to the term carnival is undeniable, but it is also possible that the name carnival originated from another Latin term Carrus Navalis (“boat on wheels”) which was an integral part of spring festivities in 14th and 15th century Italy. The customs related to the Carnival in most parts of Croatia are the same: disguise in various characters in a procession through the place with the aim of driving away "evil" spirits to start a new era by burning a carnival doll symbolizing the culprit (but also the victim) for all negativity happened. 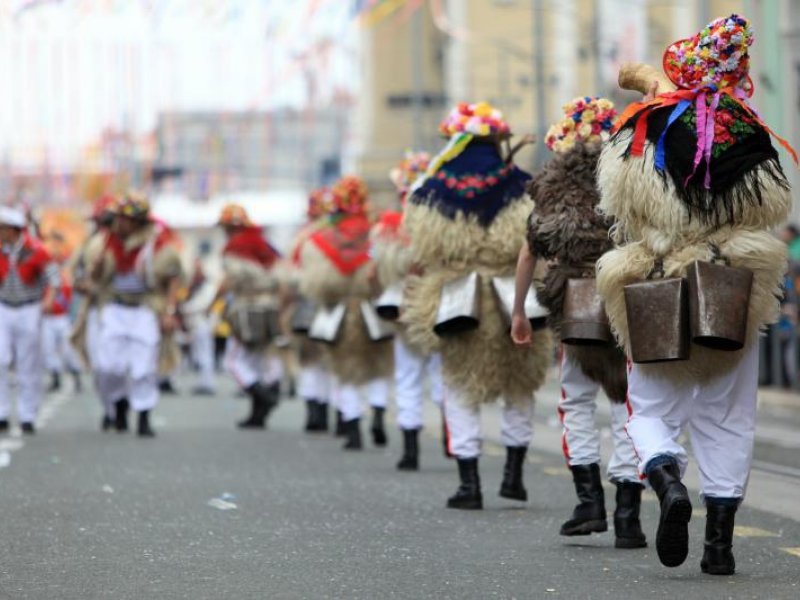 Nowadays there is a certain difference between urban and rural carnivals, and it is mainly seen in the fact that urban carnivals are regularly organized by some association, tourist board, etc., and in rural carnivals one can still find certain spontaneities. Each of us has heard of carnivals in Rio de Janeiro and Venice. People have known the customs of disguise since time immemorial, and this tradition is very much alive today. The Feast of the Epiphany, the Holy Three Kings, is the last day of the Christmas cycle. In ancient Rome at that time of year, numerous festivals were held under masks - Saturnalia and January calendars. The Church sought to Christianize these pagan customs, calling the period the Holy Twelfth Day. The pagan masquerades then dissipated in the time left between the Epiphany and Lent. Some of the pagan masks were never eradicated, and one may get the impression that the Church deliberately spared the carnival as opposed to Lent. Lent is a special time of prayer, penance, sacrifice and good works in preparation of the celebration of Easter. Thus, we can state that the origin of the carnival goes back to the ancient Roman festivals (Saturnalia, Lupercalia, Matronalia ...), in which the influence of the cult of Dionysus is present. In the Middle Ages, it was the beginning of the new year, and on this day in many parts of Europe is associated with the tradition of choosing one-day kings - it is the official beginning of the carnival period.

Croatian coastal towns are known for their imaginatively dressed processions and occasional parties. The most famous is the International Rijeka Carnival with colorful processions and carnival balls in which almost a hundred years ago almost all European nobility participated. Once a "flower festival" was held in the theater, and today the Rijeka Carnival is one of the largest European carnivals. Many people from Rijeka will be happy to tell you that they live all year round for the carnival! The trademark of the Kvarner Carnival is the unique bell ringers. Hardy, strong and communicative guys used to be considered bell ringers, and it was not easy to get that honor. Bell ringers have created a myth about themselves as to how one should be born for this. Even today, there is an awareness that bell ringers, once they go on patrol, are not allowed to stop no matter what may happen along the way. Bell-ringing motto "Krepat ma ne molat!" he made it known that nothing could stop a bell ringer. Those who would stop the patrol were excommunicated and punished for years. Dressed in "sailor's goods", masked with sheepskin, horns and with a series of bells around the dogs, in a procession they tour the village with a special step, specific to each group. One of the reasons to become a bell ringer, in addition to showing strength and showing honor in front of neighbors, lies in the unlimited amounts of food and drink offered to them. In the past, food reserves were running low at the time of the carnival, but these guys still had to be shown hospitality. At the end of the procession, the bell ringers would make a joint dinner called frigada, where all the bell ringers, locals and guests would be treated. The size of the carnival is evidenced by the fact that every year more than 100 organized masquerade groups from all over Croatia and abroad participate in it.

The Samobor Carnival dates back to the early 1920s and has been a symbol of Carnival in northwestern Croatia ever since. It lasts 12 days and is the most important cultural and tourist event of the city of Samobor, so institutions and citizens do their best to justify the expectations of ten thousands visitors every year.

The Lastovo Carnival has been held on the island of Lastovo since 1843, and since 2008 it has been on the list of protected intangible cultural property of the Republic of Croatia. The carnival begins on January 17 and ends at Ash Wednesday. The most solemn day is Carnival Tuesday, when all carnivals and masquerades gather, and then they march in procession and are not allowed to meet before the carnival is lit. The day ends with dancing and singing until the early hours in the morning.

Carnival days remind us of the sweet smell and taste of Pokladnice. Pokladnica or donut is a sweet cake made of leavened dough. Pokladnice was named after the name carnival on Croatia, the old custom of disguise, the verb "disguise". The people kept the adapted German name- donut. The cake is a legacy of Austro-Hungary. It is fried in oil on both sides. It is round in shape with or without a hole in the middle. It is filled with a filling of jam and marmalade,  or a teaspoon of marmalade is placed on the donut itself, and it is decorated with powdered sugar. 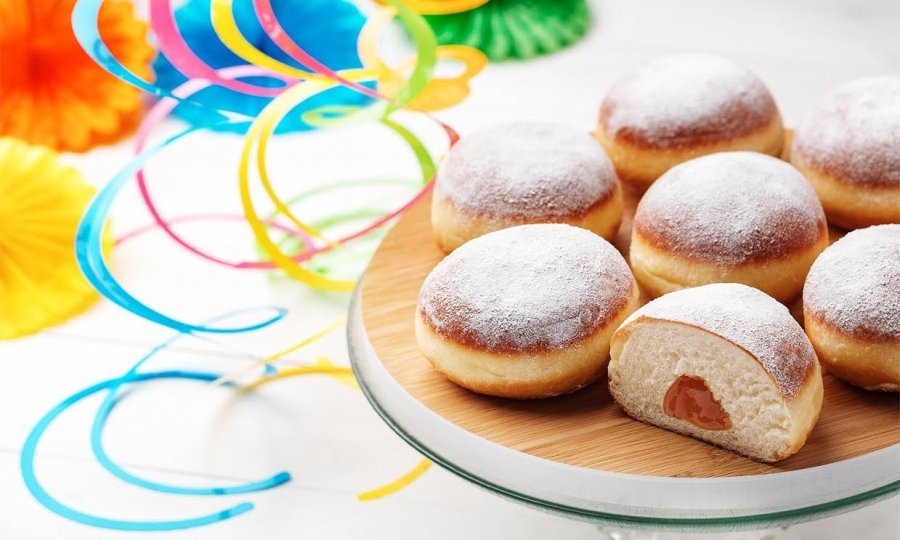