The most beautiful guardians of the Adriatic

They are true guardians of our sea and islands. The guiding star for our sailors or simply a place to enjoy the peace and quiet, and to be left alone in your own thoughts without unwanted views... Yes, we are talking about lighthouses. Harmonious, timeless, mystical and enchanting. These words can describe lighthouses in Croatia. Isolated and remote from the rest of the world, these monuments of time hide great secrets, and are places full of history that attract with its atmosphere and mystery. Each of them, from Istria to Dalmatia, hides a unique and beautiful story. Since they are completely isolated, they provide invaluable peace. Join us in this story of the guardians of the Adriatic and their often secluded surroundings. 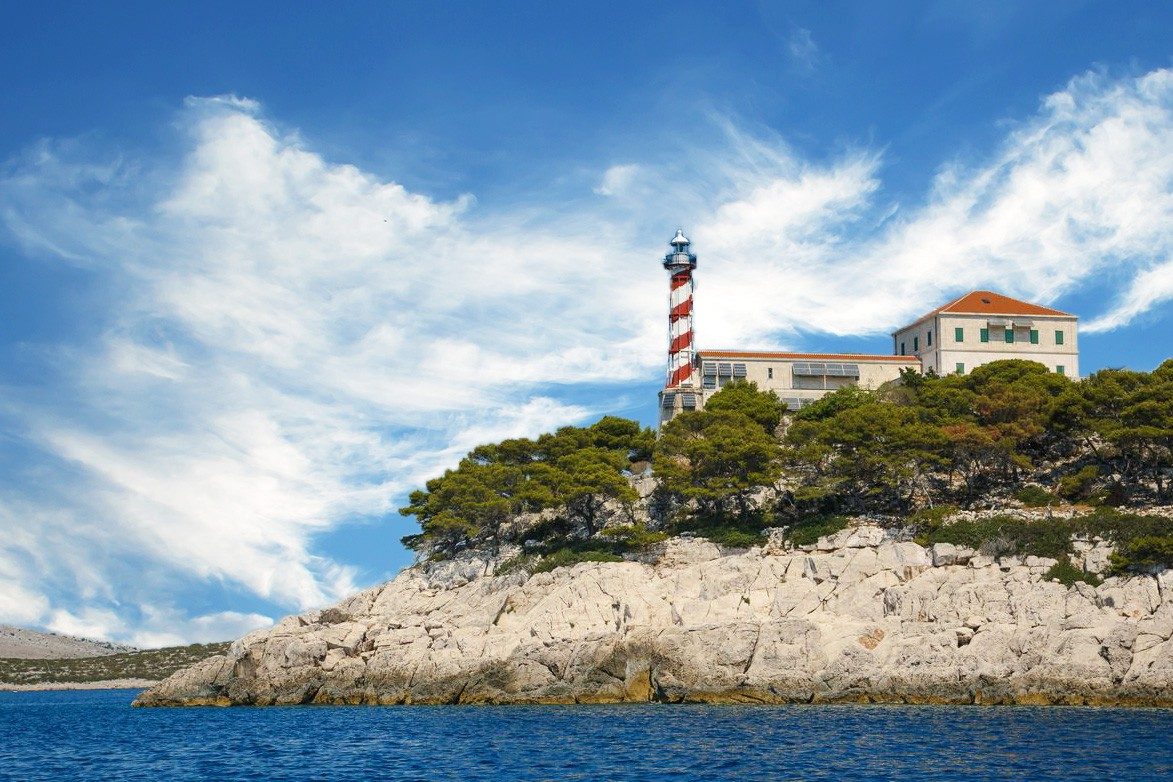 Tajer Lighthouse, built in 1876, consists of a large stone building connected by a closed bridge to a monumental iron tower. The lighthouse is located in a century-old pine forest, and is surrounded by a large yard of 400m2. It offers a fantastic view of the Kornati islands, Dugi Otok and the endless open sea. The spacious waterfront with a lighthouse boat crane provides ample space for sunbathing, and entry into the sea is possible by special stairs. The lighthouse tower was purchased in France and was assembled for months before commissioning. It is the only iron tower on the Adriatic, and from the bedroom bed it can be seen in full. All windows overlook the sea and the countless Kornati islands and islets. It is located on the uninhabited island of Vela sestrica.

This lighthouse was built in 1849 on the northwestern cape of Dugi otok, 35 km west from Zadar. The lighthouse is surrounded by pine forests and beautiful bays with pebble beaches, and is considered one of the most beautiful on the Adriatic. The 40 m high lighthouse tower of Veli Rat offers a truly unique and unforgettable view. The lighthouse can be reached by car. Due to the good road connection with other settlements, it is possible to regularly supply the necessary groceries and tour the entire island of Dugi Otok. Near the lighthouse are two beautiful pebble beaches suitable for swimming small children. One of the most beautiful sandy bays of the Adriatic, Saharun, is only a ten minute drive away. Dugi otok can be reached by ferry Zadar - Brbinj. Near the ferry port in Zadar there is a market and many grocery stores. 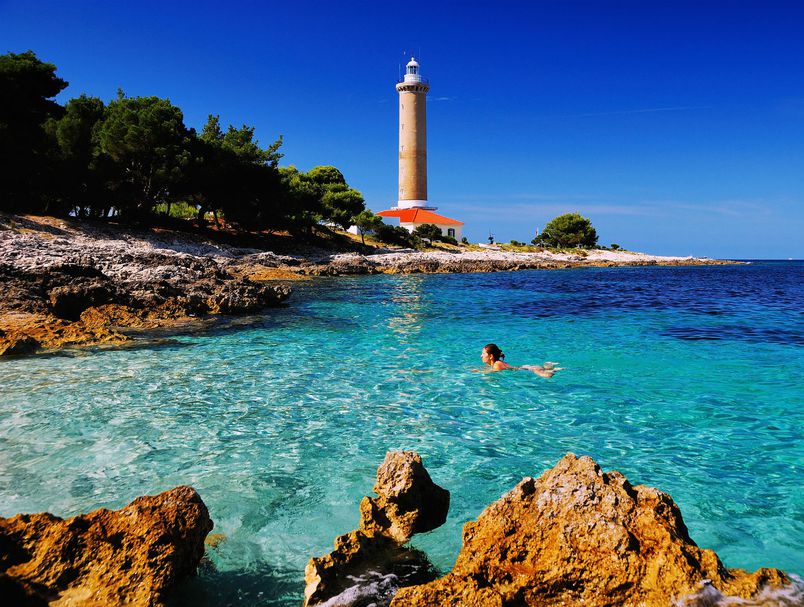 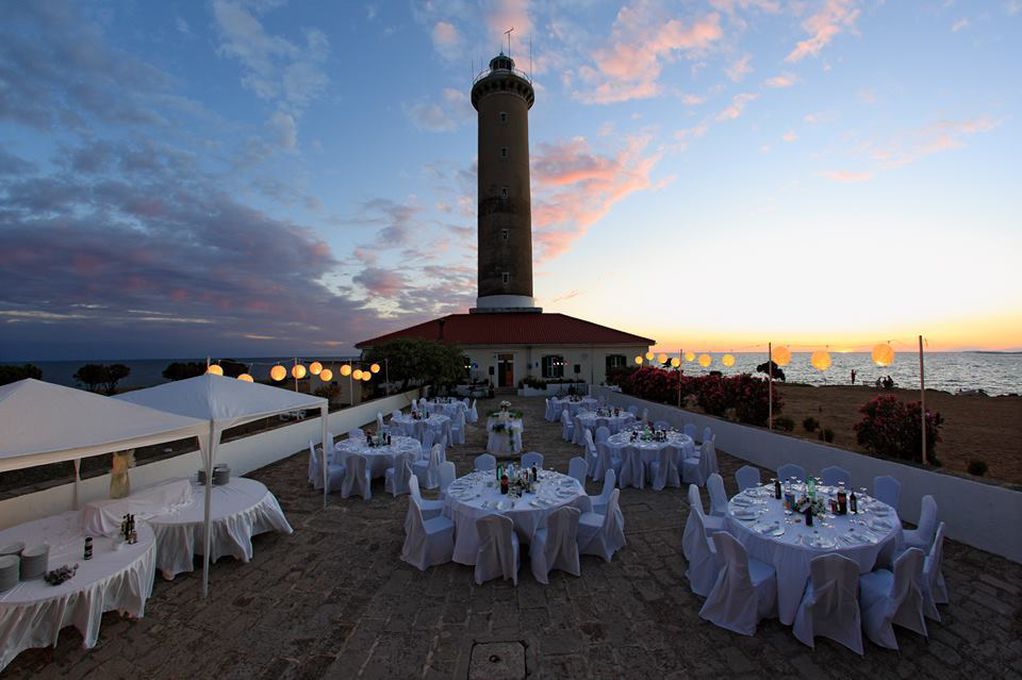 Pločica lighthouse, built in 1887, is located on the island of the same name between Korčula and Hvar, and the Pelješac peninsula. The island got its name due to its interesting appearance, low and flat, from a distance it resembles a tile that emerged from the sea. It is a lighthouse with capacity of up to 14 people, there is not lighthouse keeper, so you will enjoy in your own peace and quiet. The building is surrounded by a stone courtyard in which a little shade can be found at any time of the day, and the beach is suitable for small children.  The waters of the island of Pločica are among the most attractive on the Adriatic, especially for scuba diving because the underwater landscapes are incredibly interesting. On the other hand, sport fishing with a hook offers great fishing opportunities, especially in the early dawn and late afternoon in the entire southern part of the island, and in the western part.

Palagruža lighthouse was built in 1875 on the island of the same name, located almost in the middle of the Adriatic Sea, halfway between the Croatian and Italian coasts. It is the most remote Croatian island of exceptional beauty and rich history. It is 1400 meters long, 300 meters wide and 90 meters high, and represents the largest island of the Palagruža archipelago. Palagruža has two beautiful beaches, both are pebble and suitable for swimming for children because of the shallow sea and small pebbles. The lighthouse building is located in the middle of the island at a height of 90 m, so this facility is not recommended for the elderly or in poor health. There is also an archeological site on the island of Palagruža Velika, and the findings proved that Palagruža was the island of the Greek hero Diomedes. The island is a nature reserve with endemic plant and animal species. The seabed of Palagruža is a real treat for diving lovers. Here live fish species that are rarely found in other parts of the Adriatic.

Porer lighthouse was built in 1833 on the islet of the same name, 2.5 km in front of the southern cape of Istria and the town of Premantura. Its tower is 35 meters high and is located in the center of the stone building of the lighthouse, otherwise a ground floor building with a concrete courtyard. The islet is a cliff 80 m wide with three smaller berths for boats. It only takes a little more than a minute to go around it, but this walk can take much longer if you look at the sunsets, which are among the most beautiful on the Adriatic. Bathing is recommended only in places where the boat normally docks. Sea currents around the island are very strong throughout the day, so even good swimmers are not recommended to be more than fifty meters away from the shore. How did the builders of Porer manage to build this lighthouse at all, given the volatile mood of the sea around it? Many legends and ancient remains are hidden in the sandy deposits of its submarine and together with the surrounding shoals Kršin, Fenoliga and Veliki Balkun represent the graveyards of many ships - victims of severe storms. 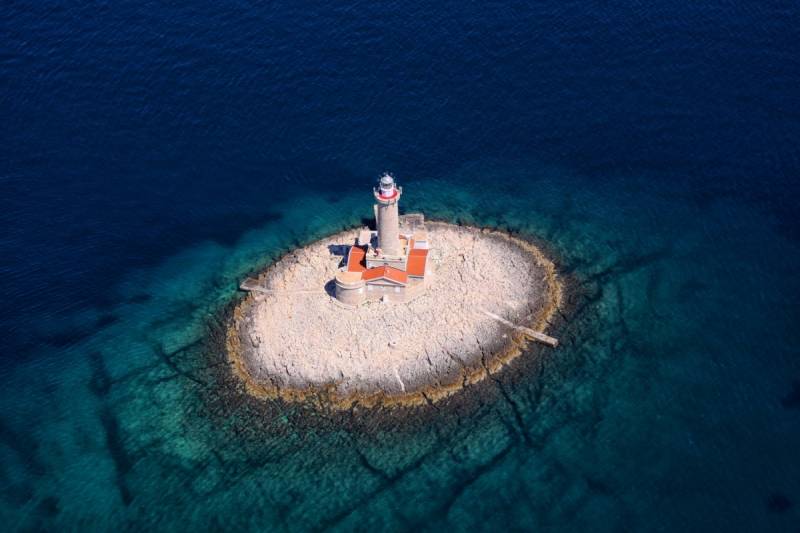 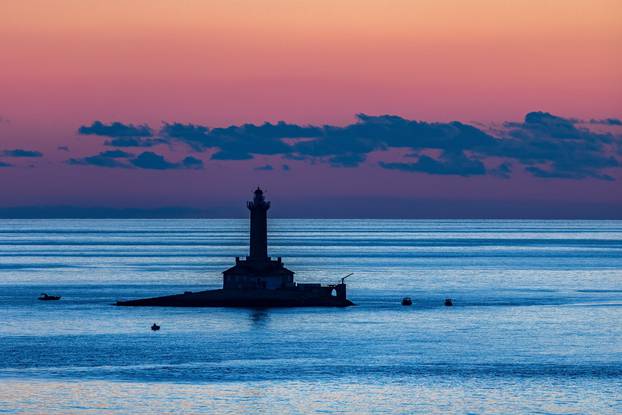 Have fun during your stay,